Do You Feel Like Menopause Symptoms Are Stealing Your Sparkle?

You CAN stop feeling anxious and stressed and start rediscovering YOU!

Let me show you how…

>>> I understand the challenges this poses at work, home and beyond

You have decades of your life ahead of you!

With simple, powerful lifestyle and mindset shifts, you can step into your power and fulfil your deepest desires.

If you're ready to reclaim your calm, focussed and confident self...

Then I invite you to join my signature programme:

GET YOUR SPARKLE BACK

90 Days to a happier, healthier vibrant YOU!

GET YOUR SPARKLE BACK comprises 5 steps:

👉 Mind over matter building a toolkit of Martini exercises - any time, any place, anywhere - to calm your mind in minutes

👉 Nourish fuelling, hydrating and moving your body for energy, confidence and control without diet plans or exercise regimes

👉 Being No. 1 the power of saying NO, boundaries and removing the clutter from your life to get more done in less time, with joy

👉 Positive Power know and communicate your changing needs physically, emotionally & psychologically to generate positive relationships at work, home and beyond

Pay in Full £2997
Pay in Full bonus:
24 / 7 email and voice access
to Lauren throughout the CORE
Payment Plan

In the Menopause Mastery you will ...

If you’re ready to learn how your hormones are influencing your body, mood and behaviour and want to start making the lifestyle choices to control them, then I'd love to guide you on the journey in my Menopause Mastery - Get Your Sparkle Back - 90 days to a happier, calmer, vibrant YOU

We work in a cycle of 2 weeks on and 1 week to rest, reflect and replan. This allows time to digest and embrace what you are learning and catch up if life gets in the way.

Session 1: Setting up for success through accountability & feedback & establishing focus

2: Shining the spotlight on oestrogen, progesterone and testosterone and joining the dots to their roles and impacts on our mood and energy

4: Introducing insulin, cortisol, thyroid and the lifestyle choices that impact how they influence our energy, sleep and hunger

5: Embracing the power of hydration and elimination to increase our energy and focus

7: Learning to nourish our bodies and achieving (or maintaining ) a healthy weight, without a diet plan

8: Moving your body for increased physical and mental strength and power

Step 10: Embracing the power of 'no' without guilt and setting new boundaries to create time and space to achieve your goals with ease

Step 11: Communicating your needs at work, home & beyond

The *weekly flow while we are learning, growing and developing our calm, focus and confidence:

Are you ready to feel fabulous?

Pay in Full bonus:
24 / 7 email and voice access
to Lauren throughout the CORE
Payment Plan

Why I became your specialist menopause coach...

"You are walking around this place as if you have the weight of the world on your shoulders," he said. "Not exactly befitting of a senior leader in the business, is it? Something for you to think about when you go home this evening."

I was shocked. I'd just received great recognition for delivering a spectacular piece of transformation for the business and my bonus the previous week.

Whatever self-confidence and self-esteem I had left, all but dissipated as I walked out of my bosses office that day.

I was really starting to feel paranoid. I had no idea what was going wrong. All I knew, was that I no longer had the support of my closest ally in the business and I was too worried to raise my concerns elsewhere.

I felt very alone. As the only female in a team of 18 men, I was grateful I'd built a strong team around me upon whom, who I was increasingly dependent on.

I was early 40's, had a son with life long medical needs at home and a sole parent.

The stress I thrived on, working in fast-paced, business-critical change functions suddenly made me anxious instead of excited.

I had two occasions of feeling like I was going to pass out in meetings, my heart thumping, with no idea how to control it. My concentration and memory were shot.

I barely slept and when I did, I woke up drenched in sweat, so much so, that I had to change the bedsheets. Ultimately I slept on a series of bath towels as they were easier to change.

My confidence was gone and I had nowhere to turn. I felt very flat, very down and alone.

I booked a week off and took my 8-year-old son to Iceland for the week.

We laughed and joked and made snowmen and ate great food, went to the Blue Lagoon and saw the Northern lights, we were so happy.

On the last night, as I tucked my son under his covers and he looked at me through his thick dark brown eyelashes, he said "Mummy, I love playing with you. Can we take happy Mummy back home?"

As he fell asleep, I sat bolt upright in my bed and called my GP, thinking I had early-onset dementia.

Roll forward 5 months, I left my job. My GP told me I had 'just' been through menopause. I have to tell you, I was the happiest menopausal woman in Bristol because I didn't have early-onset dementia.

This is why I research menopause and retrained. To help prevent any other women going through what I did. It's not necessary. It's preventable. It's what I teach in CORE & VIP. 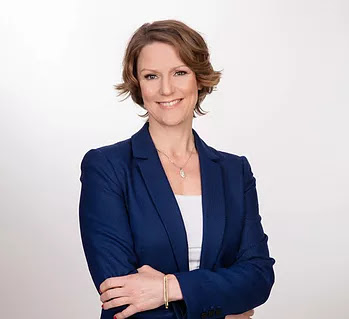 You are a great fit for THhrive if...

Menopause Mastery: Get Your Sparkle Back is all about giving you the tools to you need to make a healthy and sustainable transition through to the next phase of your life.

How you will feel after 90 Days: 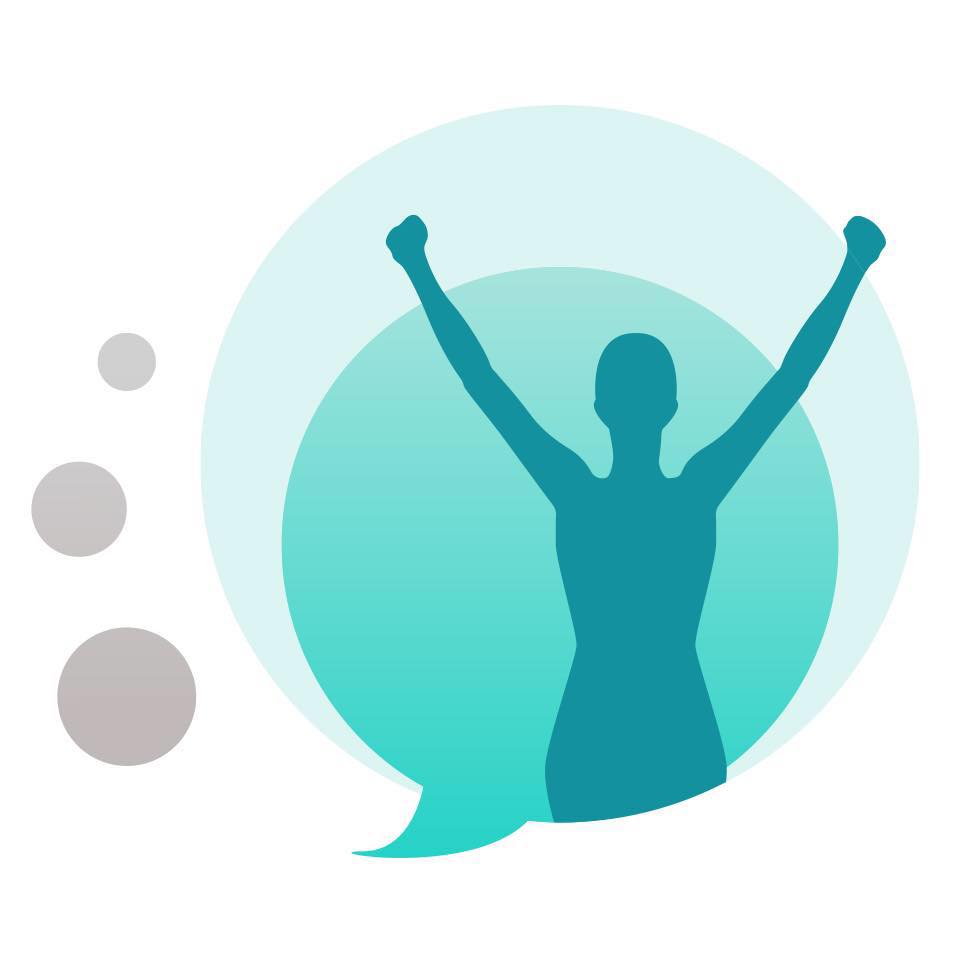 Get through all your tasks and activities without worry or forgetfulness and be super clear on your priorities. Remember where you left things and be able to focus

No more days of feeling flat and sluggish! An uplift in energy so that you can enjoy your relationships at home, work & socially (& want to go out again!) and an ability to quash those feelings of anxiety an restore your calm

Unshakeable belief in yourself

Get super clear on your dreams, goals and desires knowing that nothing will get in your way as you bring everyone important on your journey with you. Learn to put yourself first, without guilt, knowing you will be abetter placed to support yourself and others

You are not alone!

Everyone is starting this journey from a different place.

Wherever you are on your journey from perimenopause to postmenopause, support is here for you

This is for you if you'd love to join a small community of fabulous women all eager to learn more about menopause, master their mindset and THRIVE together, at home, work & beyond!

24 / 7 email and voice access to Lauren throughout the programme!

This is for you if you'd love to join a small community of fabulous women all eager to learn more about menopause, master their mindset and THRIVE together, at home, work & beyond! . 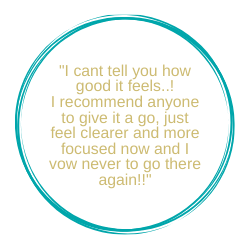 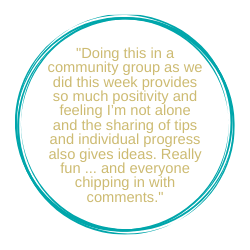 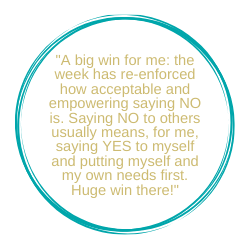 "I definitely feel in a better place emotionally than before we started this challenge. Meeting all of you along with Lauren's thought-provoking tasks have made me realise that I am ok (and I am happy!) and whatever happens in the future won't break me!"

"Lauren's support is invaluable. Undergoing cancer treatment and then being thrown into medical menopause was simply a step too far. With Lauren by my side, I've got a safe space, where I can share my deepest fears and find laughter during this insanity"

"I am in a much better place - even in a COVID world - than I was at the start of the course. Firstly, thx to this group of lovely gals, I’ve made some new friends - and that’s v important to me. I love the feeling of camaraderie and shared interest. I have really realised this year - since feeling so bloody odd in January (sudden anxiety and low mood etc) that the best thing for my brain and happiness is lots of positive social interaction. I’ve had more contact with friends since jan than I’ve had in a long time - and “feeling the love” is a good thing if you’re a bit low.

It’s good to have so many good folks such ... as our own Lauren to turn to for advice. I just needed to reclaim the last missing bits of ME!   Work wise. (I appeared to stop being interested in my lovely business in January): I am still a little unsure how I feel about it. I am quite sure I would like a change. But have no idea what to... however I am working/doing work/finding work/ managing work as normal (I couldn’t in jan and feb at all) - so that in itself is an improvement."  Thanks for listening!

"To be honest, I debated for some time whether I could afford the investment. Could I afford to spend the cash on me? SHOULD I be spending the cash on me? YES is the answer I arrived at, and I truly believe every woman is worthy and deserves an investment in themselves and more importantly in their mental and physical health.

Why would I spend over £100 a month on my hair, £40 on my nails, £5 a day on barista coffee, and question the value on my personal well-being?

Through Lauren’s teaching and support, I have transformed into the beautiful butterfly I so desperately wanted.

I haven’t found the old me, I’ve discovered the new and improved me....life is better than it ever has been.

Not only have I managed to remove the mental chains that held me back, physically I have become stronger. I have learned it’s not selfish to put “me” first. I have learned that small changes can bring monumental benefits. I’ve achieved all of this without ruining my relationships, career and bank balance!

Not only do you get the guidance and support of Lauren, but you will get an amazing group of people supporting and encouraging you too. These women are awesome too, they become your friends, your confidants, your family, bound by a shared foe, you fight together to overcome. I now have lifelong friends, people I can turn to in a time of need, people I choose to have in my life.

If you find yourself out of sorts, struggling to comprehend what on earth is going on in your world, in need of help to clear the fog, or to find the YOU inside the challenges of menopause, then, and without ANY doubt, the 90-day challenge is for you.

YOU DESERVE THIS. NEVER FORGET THAT!"🦋

It was, still is, one of the best investments in myself I have ever made. Ever...

HRT ... didn’t address recovering from the low self-esteem and sense of failure and bad habits of 7 years of peri meno hormonal imbalances, feeling I couldn’t cope anymore & was letting everyone down, me not even being on my radar. I was getting there, but so slowly.

Joining Lauren’s program was both the kick up the bum I needed & the focus I was struggling to retrain to rebuild positivity in my life.

I absolutely loved the program. I got so much from it on so many fronts.

Being able to share in a safe group & environment with women from worlds apart backgrounds & a common sense of loss was amazing.

And every single one of us has moved forward & we had loads of fun too!

So yes, I definitely recommend joining, at whatever level works for you. You’re worth it.

I haven’t managed to catch her out on anything! & despite me being a wee bit biased at times when HRT is concerned.

Above all, if you join, have fun, give it all you got, see what happens.

It will be SUPER!"